Today I've finished painting some GW LoTR plastic Riders of Rohan.  I actually started painting a dozen, but somehow one escaped during the painting process.

They're posing near a piece of extruded foam terrain that I picked up used and am curious who made it.

Here they are running away. 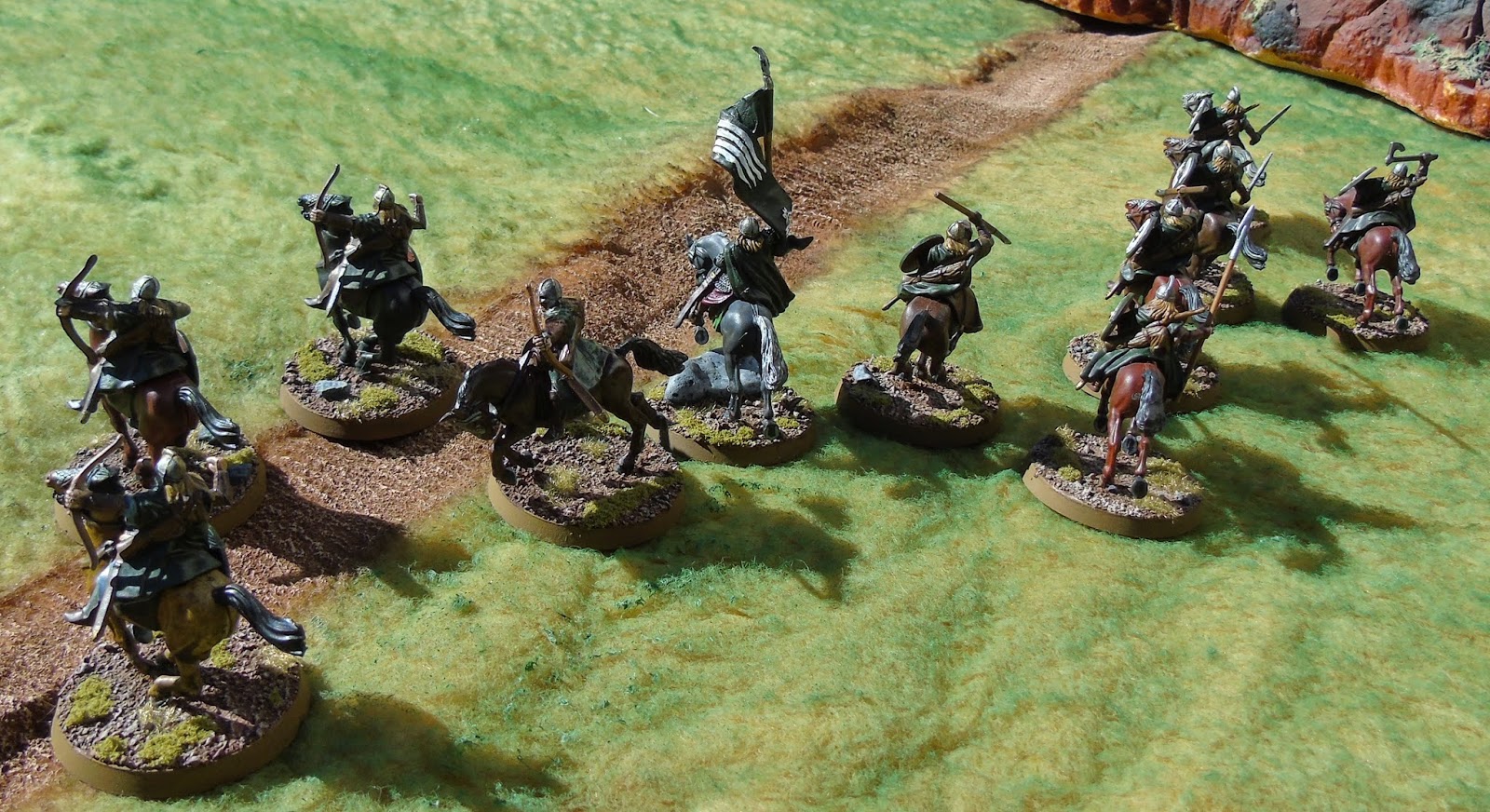 A close up, I dropped the standard bearer guy and bent his spear tip.  I tried bending it back into shape and broke it off; so now its held on with far too much superglue. 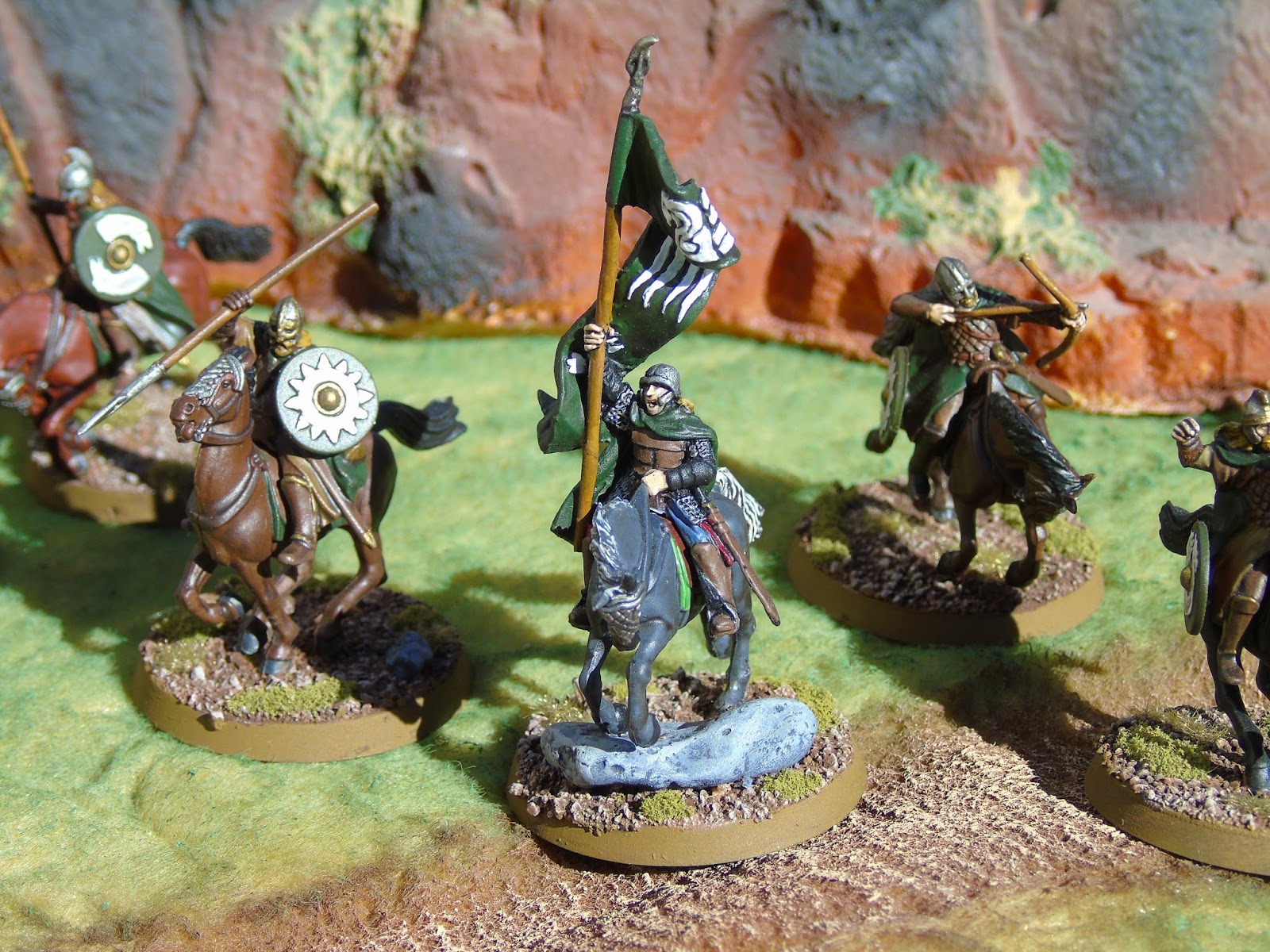 I painted five Perry plastic archers from English box set.  I really don't like painting the studded armor.  It's incredibly difficult to paint thirty little studs without slapping metal paint all over the cloth beneath. 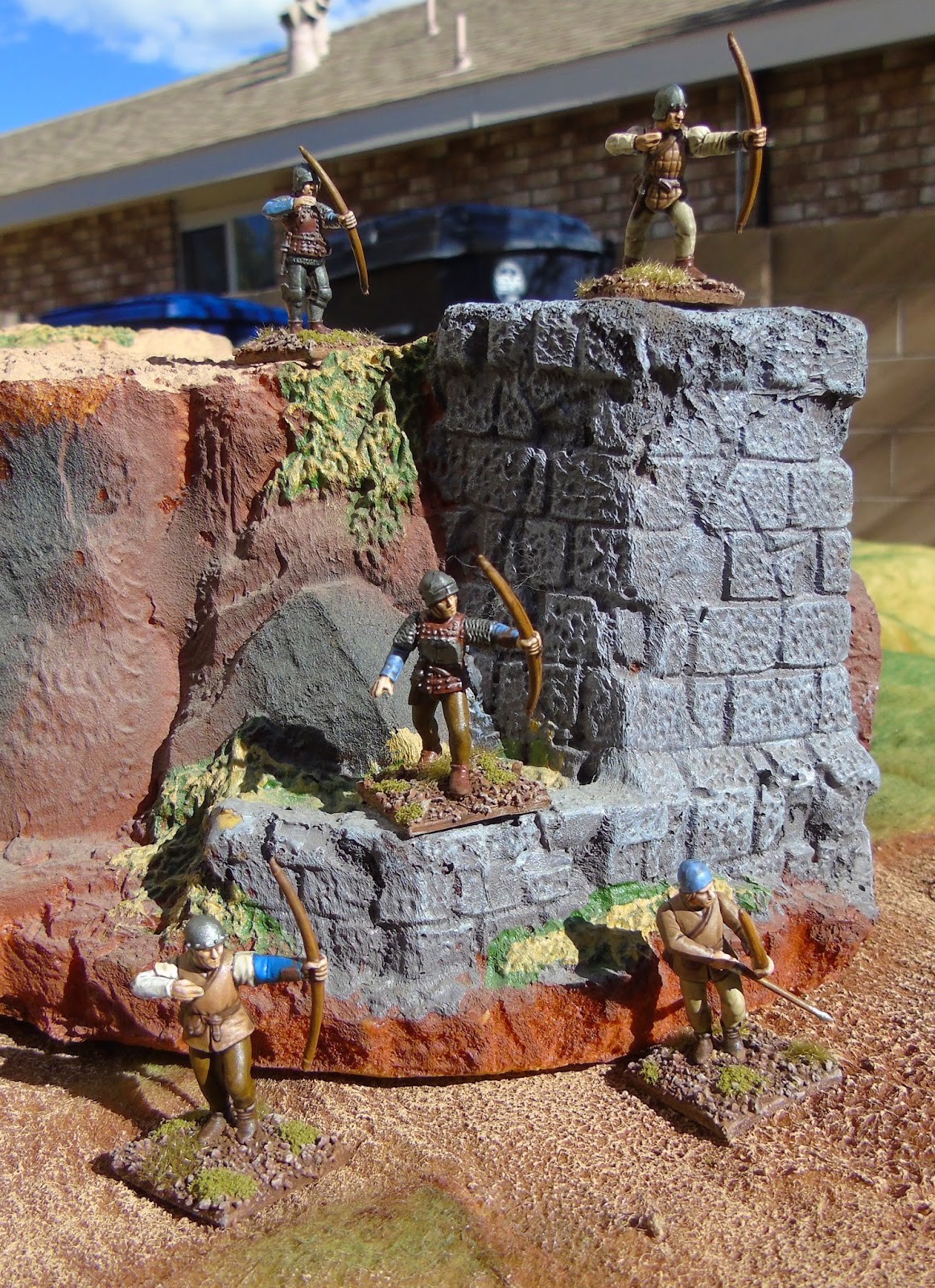 I also repainted a Mech Warrior model to be used not as a behemoth, but as a robot for 28mm games.   He's painted quickly 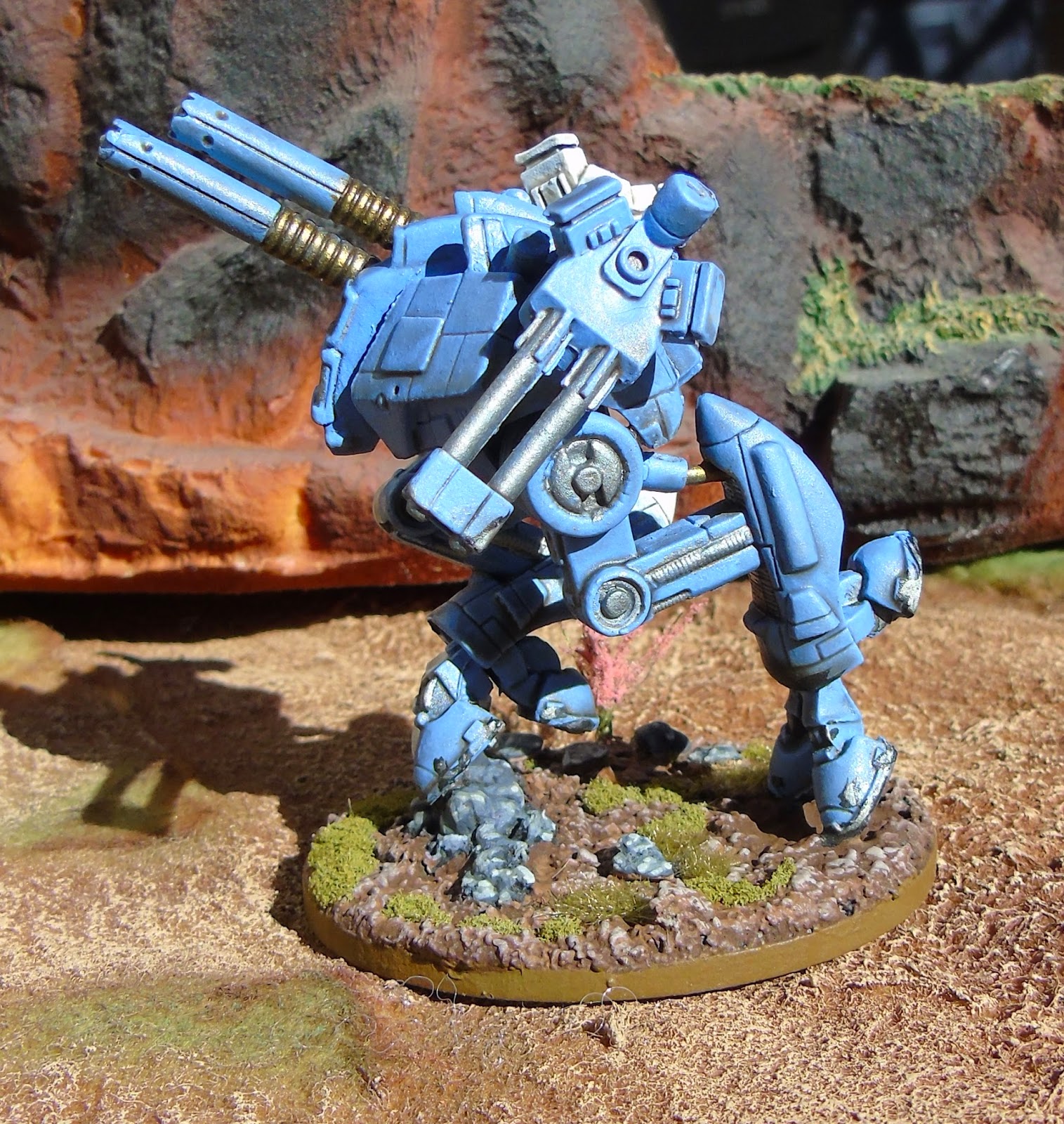 He was also a victim of a fall; my primary suspect is a black cat, who haunts my hobby table and drinks my paint water.  See the little blue Fosters beer can shaped blue thing at the top of his left gun arm; when I found him on the floor the white one on his right arm was missing.  I wasted approximately 27 hours searching for the missing piece. 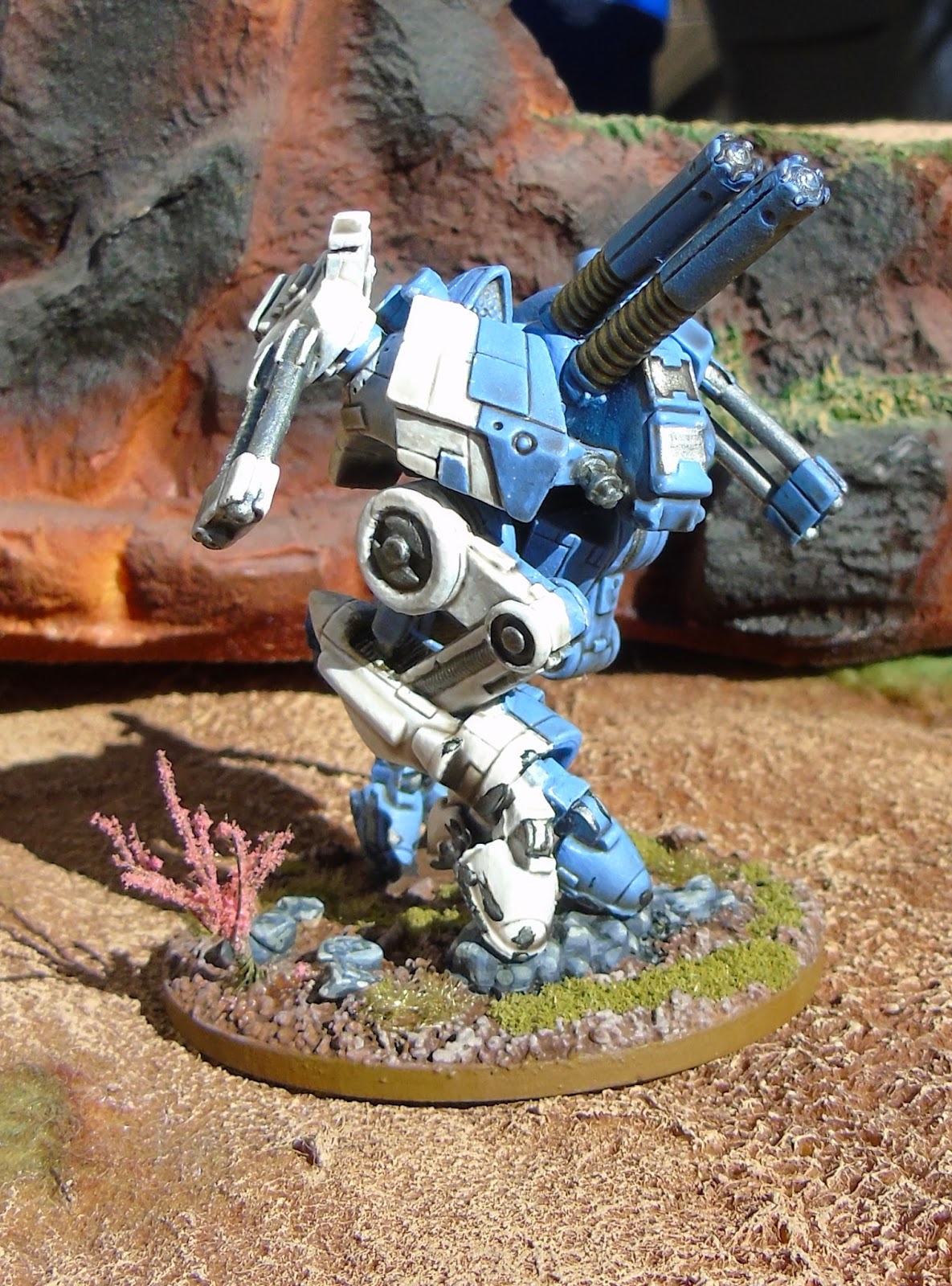 Till next time, most beloved viewer, when I hope to have some French and Prussian Napoleonic mortar teams completed.  There may also be some red space marines for my stupid plan to paint one model from every space marine chapter.