Perry Plastic Frenchmen and a Glowing One

I finished a total of 21 minis.  The first nineteen are Perry Plastic French Infantry.  I think the purple pom poms on the right might be too dark. 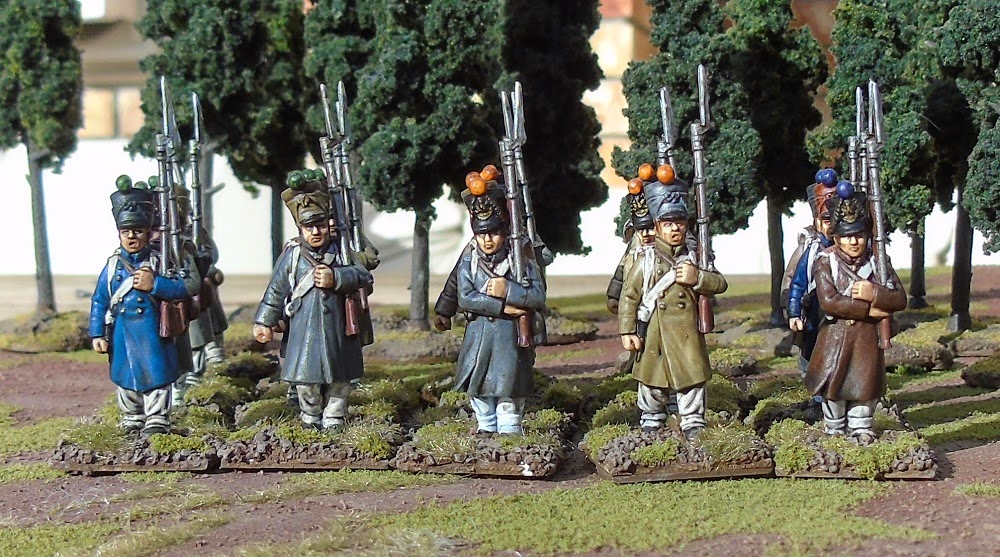 Here they are looking at the woods.


Speaking of backpacks, I wish there were a few less backpacks with spare shoes tied on the back.  When the French retreat, my ill-shod Prussian Landwehr run off the table after them. Unless you're playing Regiment of Foote, having your troops run off the table is usually a bad thing.

Because I have hundreds of these French to paint, I am doing them in batches of three or less poses. 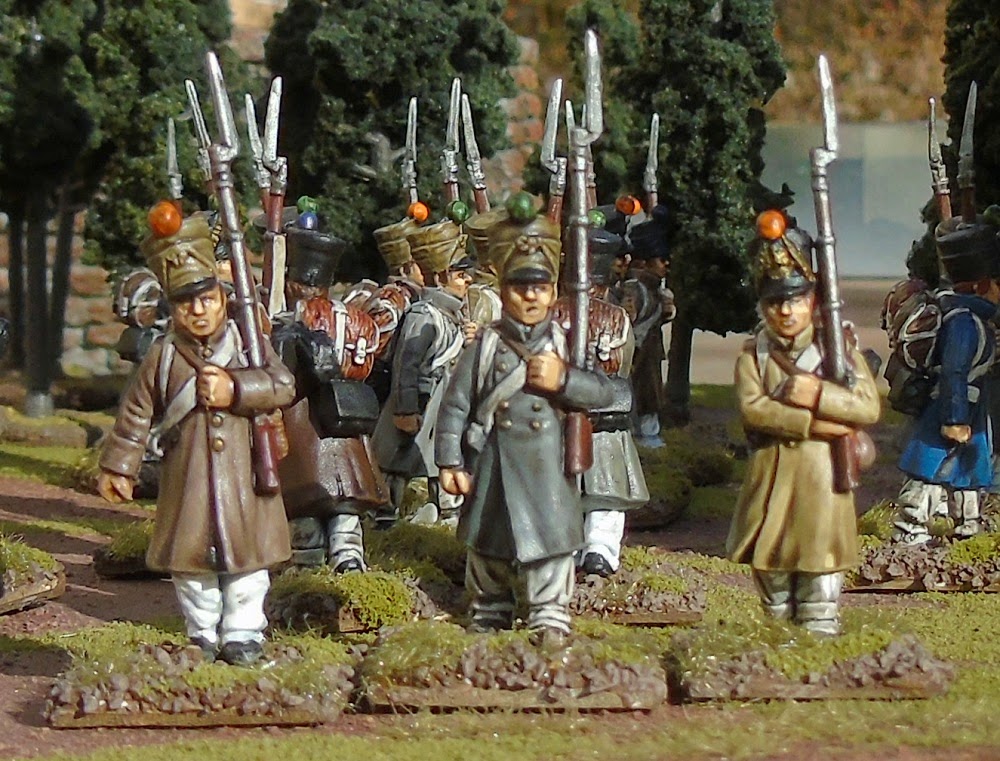 Here's a side shot, with the painful eyesore missing backpack.  I have no backpacks to spare; one poor soldier will forever be woefully unprepared to make camp. 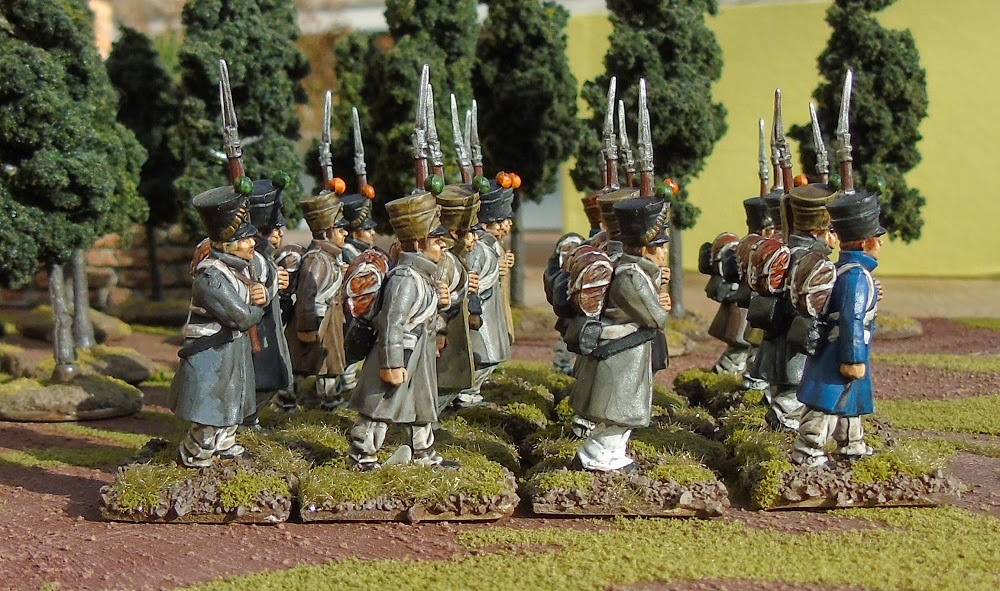 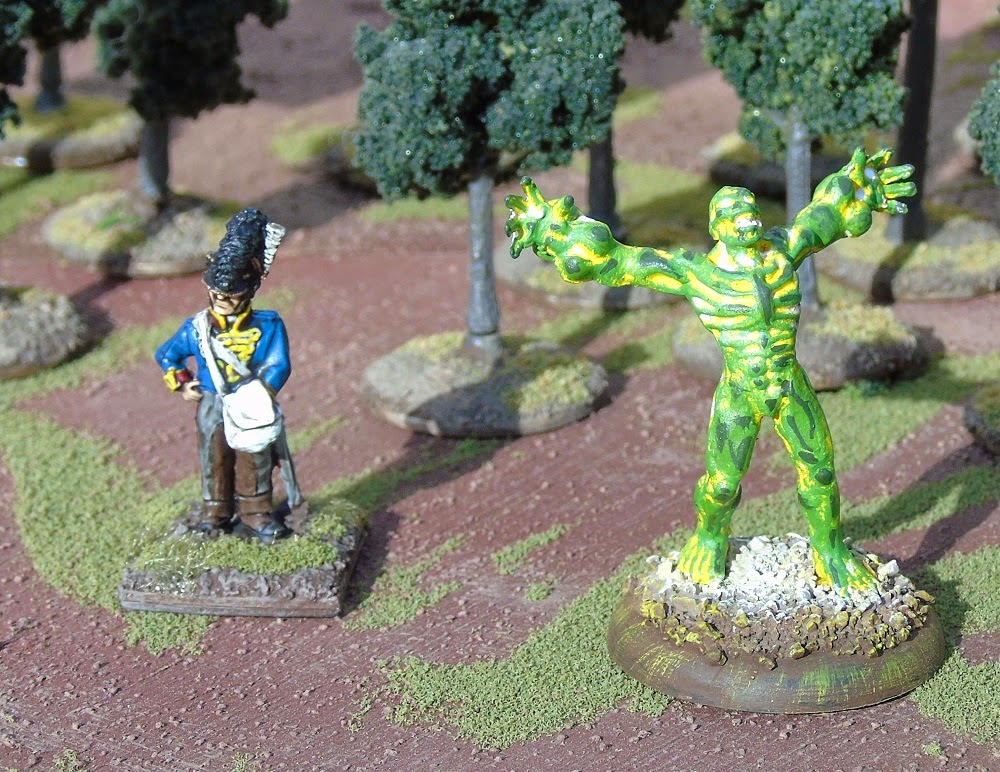 The abysmal looking green thing is a mini from the old Doom boardgame.  I wanted him to look like he was one of those radioactive ghouls, called glowing ones, from the Fallout video games. 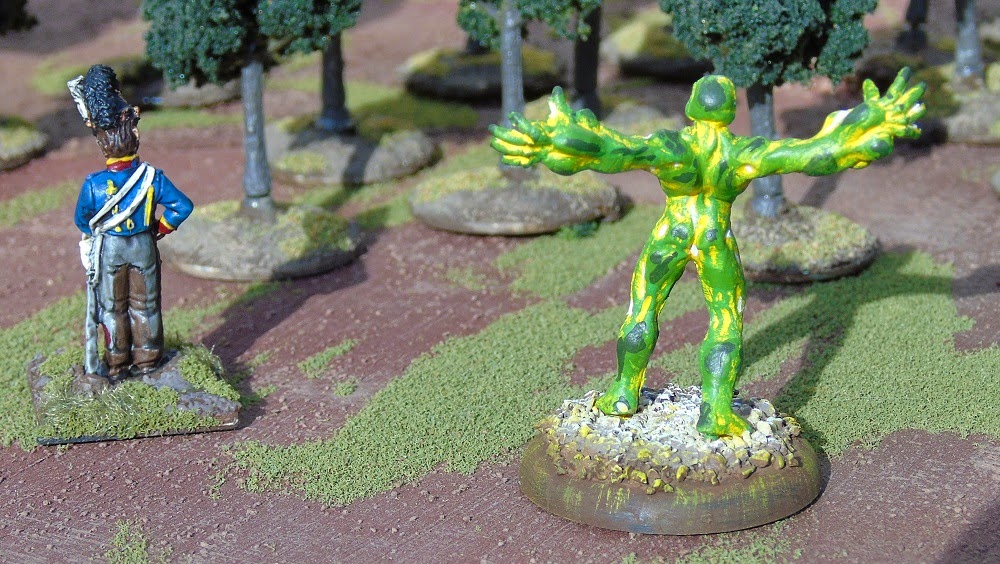 If you squint or the photo is blurry, he sort of looks glowy. 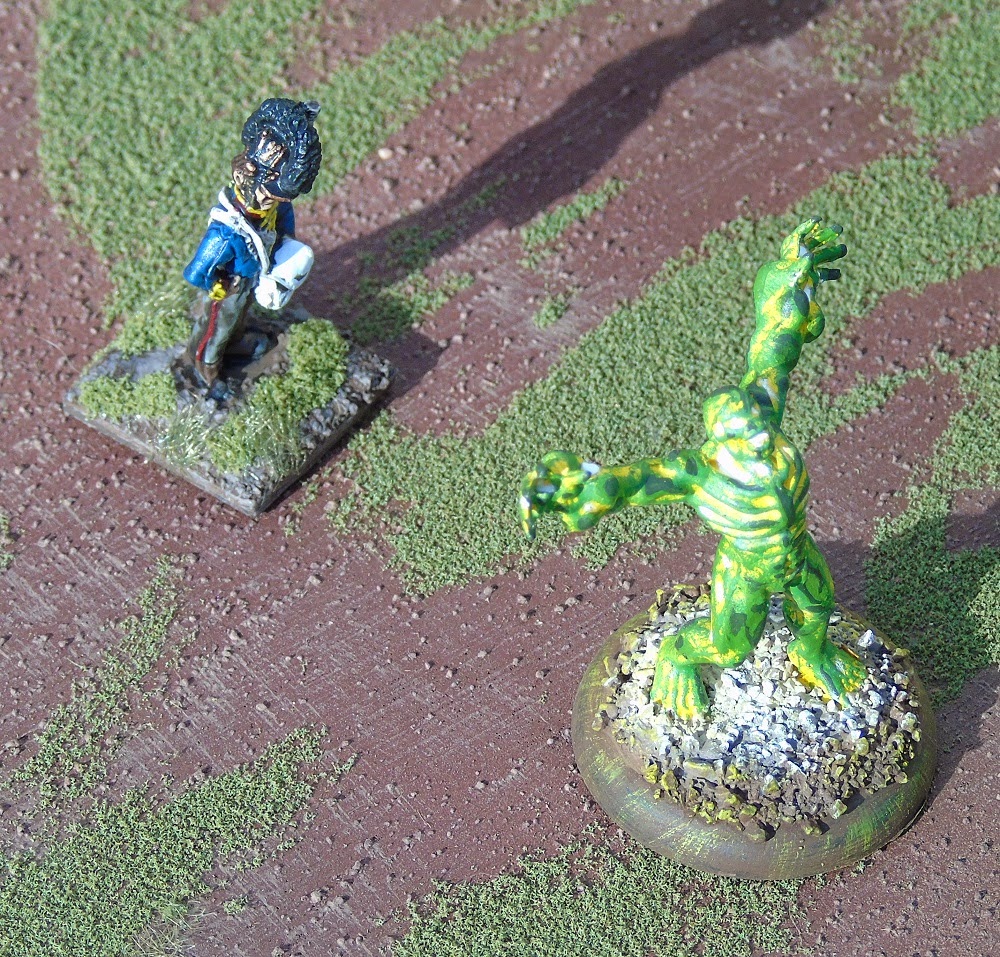 Till next time, when I hope to have a few Prussians done.


Love and Kisses,
Baconfat
Posted by Baconfat at 8:13 AM