Here's the current crew standing in a line.

"I'm Rob Lowe and I have Direct TV."  I stole fancy paper from my wife's crapbooking supplies in an attempt make a red carpet. 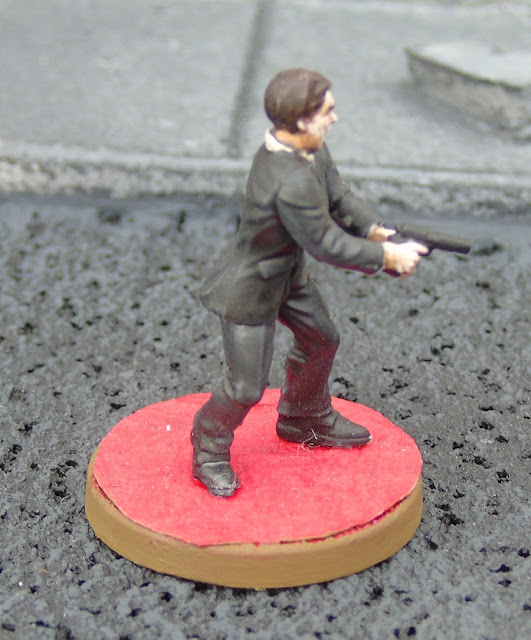 "I'm Super Creepy Rob Lowe and I have cable TV.  My cable's out so I'm down at the Rec Center killing zombies." 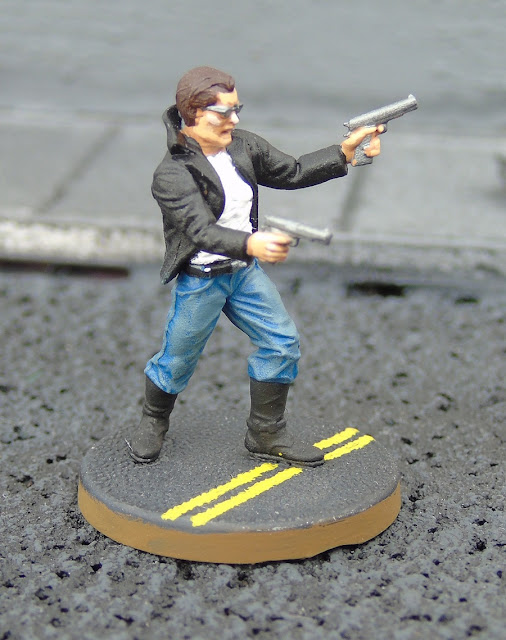 "I'm Far Less Attractive Rob Lowe.  With cable you get pictures and some sound of me killing zombies." 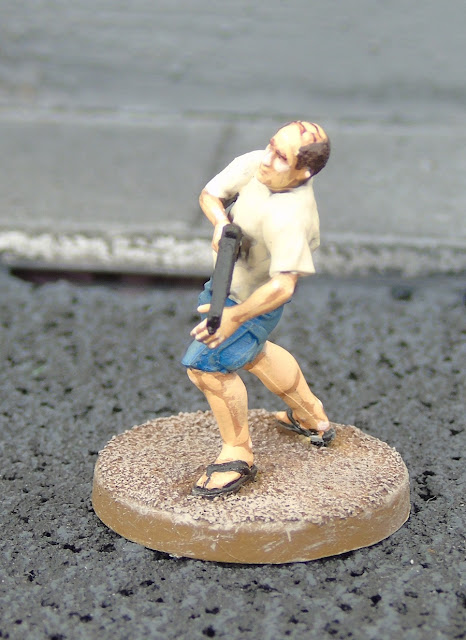 "I'm Painfully Awkward Rob Lowe and I can't go pee with zombies in the room." 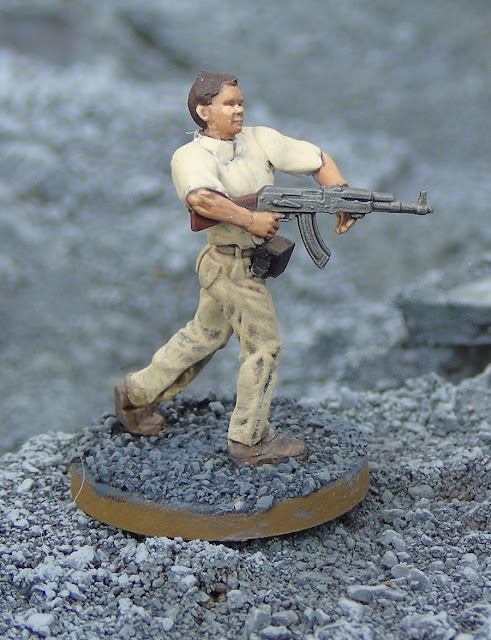 "I'm Crazy Hairy Rob Lowe.  I have arm hair curtains.  And I don't like that."  Once again, that's my old lady's hair on his arms.  I painted it brown. 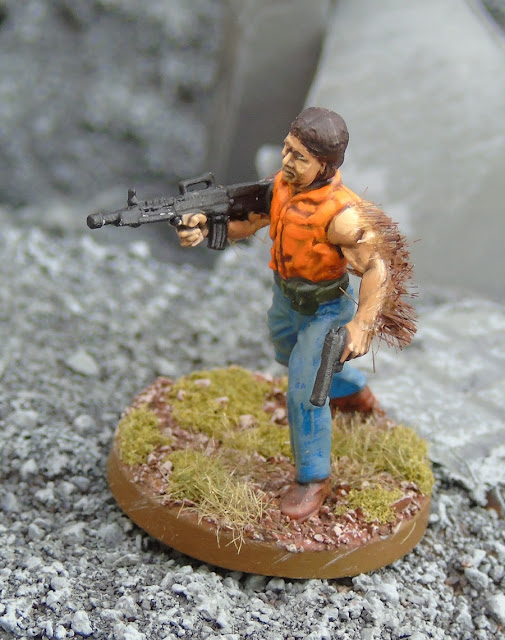 "I'm Scrawny Arms Rob Lowe.  I guess I'm not having any mayonnaise."  I made the little tennis balls out of Sculpy clay. 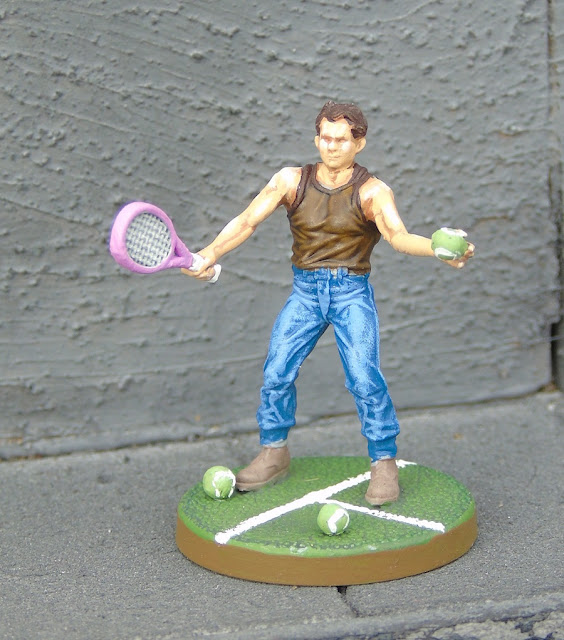 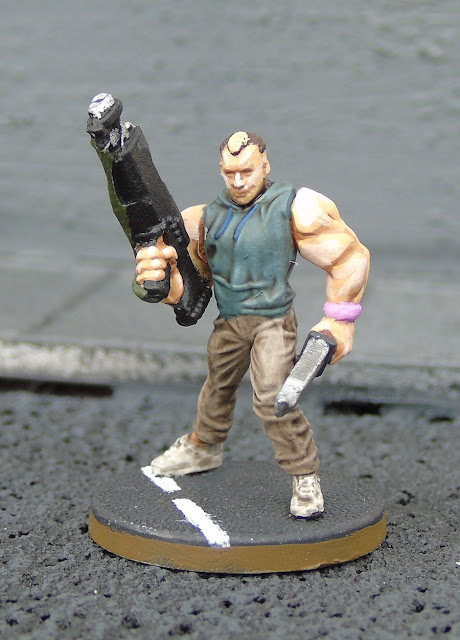 These guys were a quick poorly done job; I hope to add Paranoid, Peaked in High School, or Bad Decision Making Rob Lowes in the future.

I've been spending most of my time trying to teach my new grafted-on set of arms to paint. 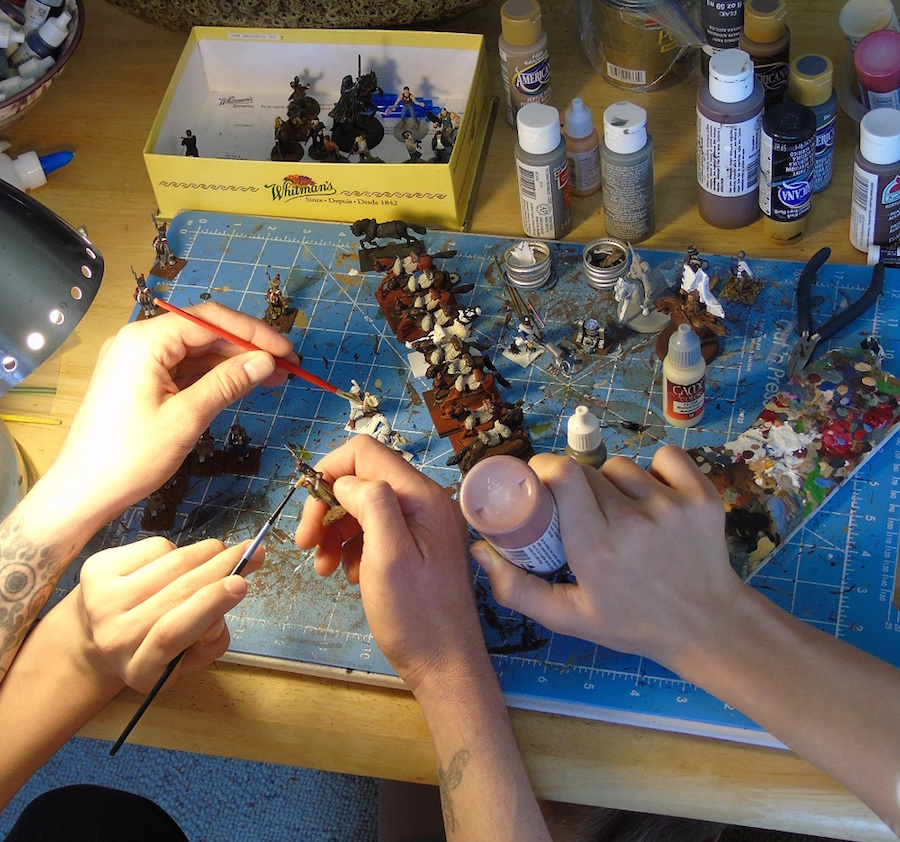