I have managed finish another 30 minis and really hope to break the 500 mark this year.  First are some plastic Perry Mercenaries crossbow men. 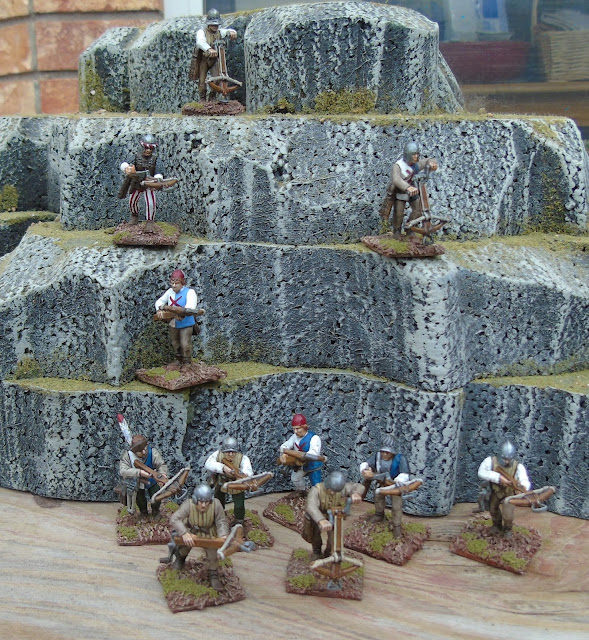 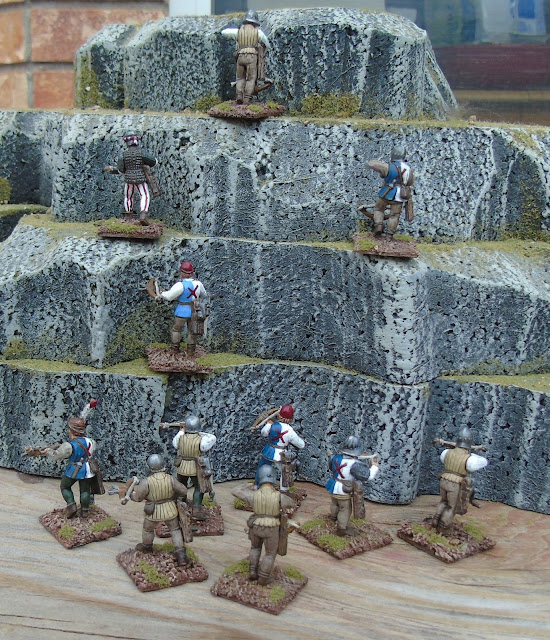 Here's some long out of production metal Citadel fantasy minis.  The Empire spearmen have Fireforge shields.  I'm pretty sure the shirtless guy was a Brettonian crew man. 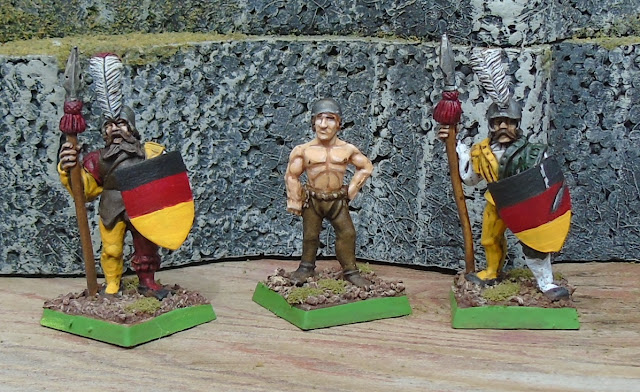 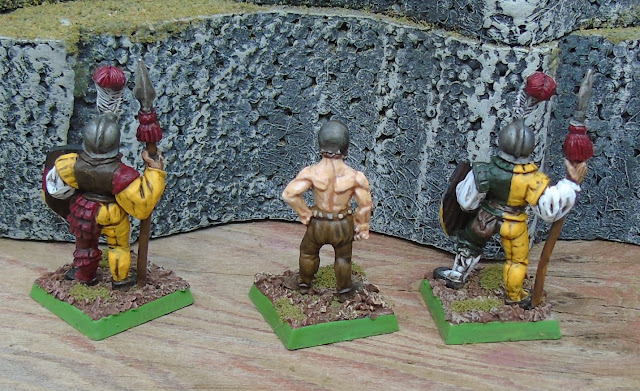 I don't know how they have the strength in their putrid bodies to raise those giant robot lobster claws.

Regardless of my disdain, I've managed to collect 17 of the ugly things.  I think they can fix tanks in 40K games or deliver a rather nasty pinch.

Lastly, a small gathering of useless terrain.   Maybe it could be used for that new game Frostgrave.  The plant things are little bits of terrarium plants, that my cat Cthulhu stole from our tarantula cave. 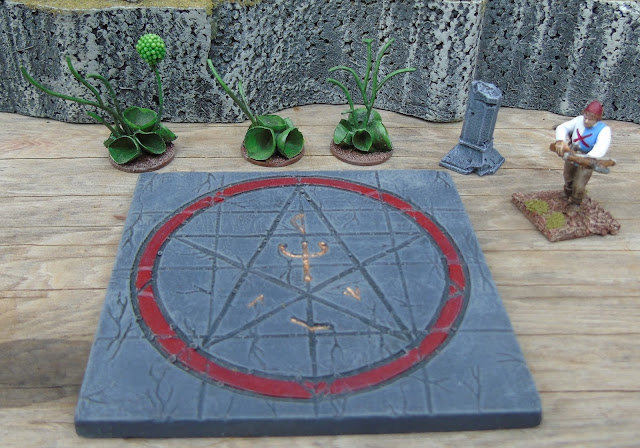 Till next time, when I'll have some Rohan riders that forgot to make it to today's scheduled photo shoot.  There'll be more Brettonians, maybe Sarmation cavalry, a tank?, and a Napoleonic French guest appearance.

Love and Kisses,
Baconfat
Posted by Baconfat at 1:41 PM