They might be good proxy models for LotR games as Rohan Royal Guard. 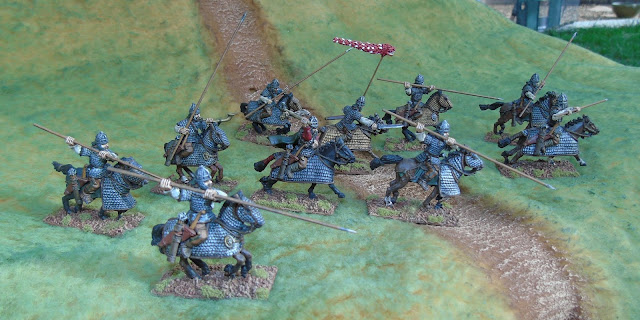 Speaking of Rohan, I finished a couple more riders. 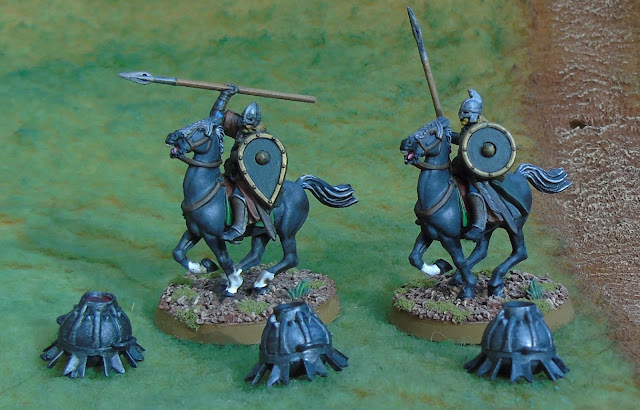 They're back and forth by three of those silly Uruk Hai bomb things. 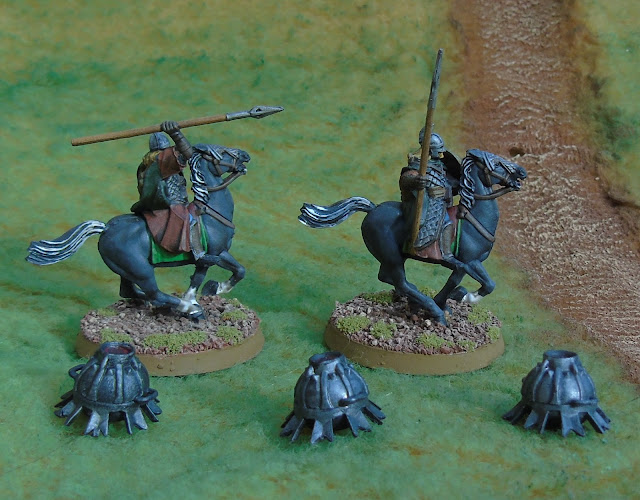 The guy on the far right has a rather high-tech crossbow.

Till next time, when I hope to have some French fusiliers, Oldhammer Imperial Guard, terrain, and more complete.

Love and Kisses,
Baconfat
Posted by Baconfat at 4:47 PM