I have posted recently, but I have finished painting a number of minis.  First up are 16 Wargames Foundry WWI early war Germans.

These painted up quickly because I didn't paint the piping.  I've read that piping was reserved for more elite troops.  On TMP they argue a lot about what color the uniforms were.  I'm going to believe all of them are correct and use color variations to tell units apart on the battlefield.

Here is a machine gun crew firing under the watchful eye of Mouth of Sauron.  Its a unusually static model from Mithril Miniatures. 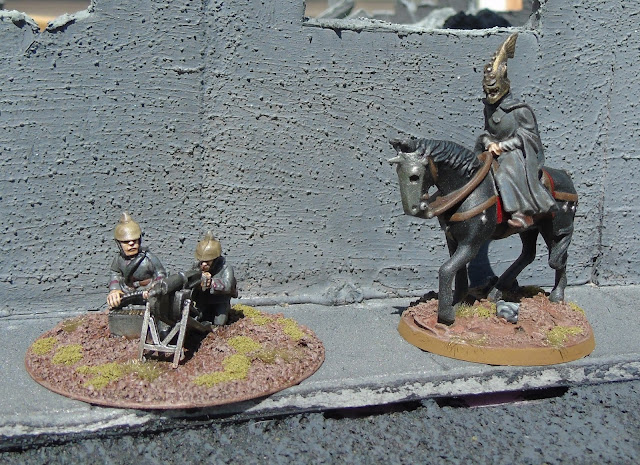 Some people paint unit insignia on the canvas helmet covers.  That's insane.  My helmets will look the same on the front as on the back, as you can see below. 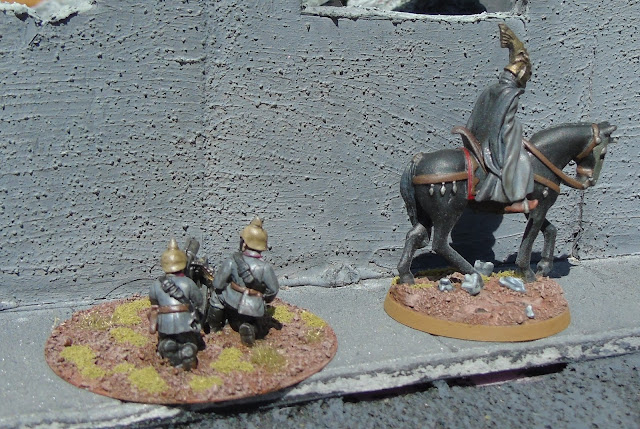 Here are twelve plastic GW Empire spear men.  I think they are Perry brother sculpts.  I tried to paint them in a Landsknecht style.  I will be pretending they are Landsknecht with training pikes.

Did you know Games Workshop destroyed the fantasy setting of the "Old World"?  Yes, it was destroyed, sucked into some demon warp plane of non-existance.  Everyone died.  It's gone.  The few survivors live in some weird other dimension and the human armies are magic dudes in space marine armor.

The internet says they are religious zealots.  I wish I had painted them up in monk colors.  It would have been more fitting.

Here are nine of the original plastic GW Imperial Guardsmen.

Only several hundred left to paint.  I must have painted over 800 in this same stupid paint scheme of Necromunda Spiders, from the Rogue Trader book. 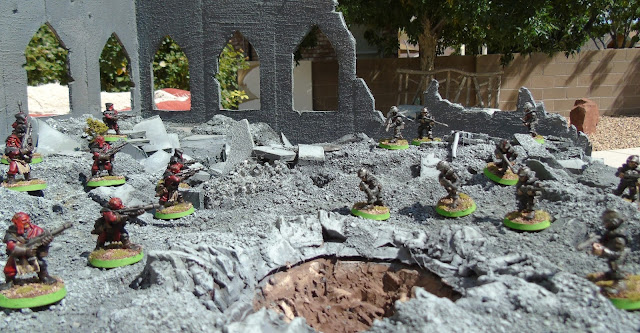 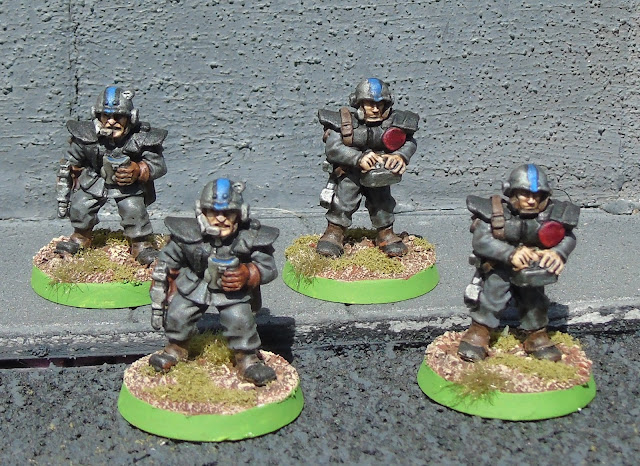 I'm up to eleven of these standing around guys; I hope I don't find more. 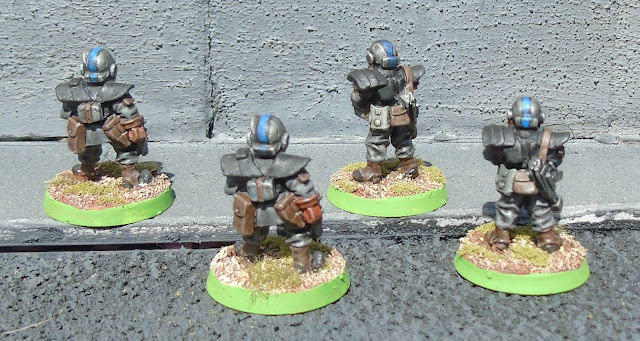 Lastly one more space marine, in my paint one of every chapter project.  The internet told me he's an Emperor's Spear. 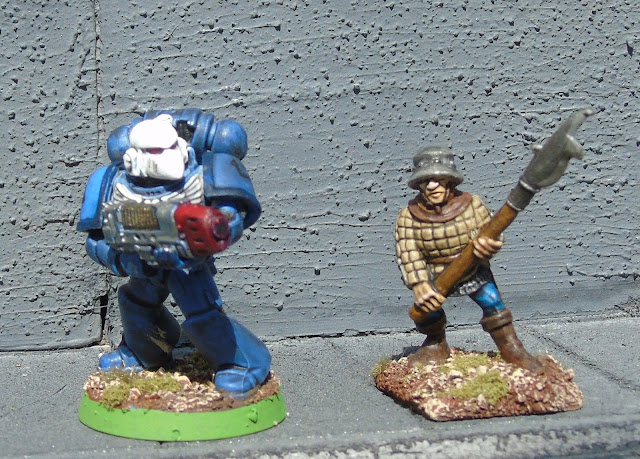 Someone on the internet said Space Marines don't have genitals.  This ball-less behemoth is next to an old metal Grenadier halberdier; he'll be signing on with my Burgundian mercenary company. 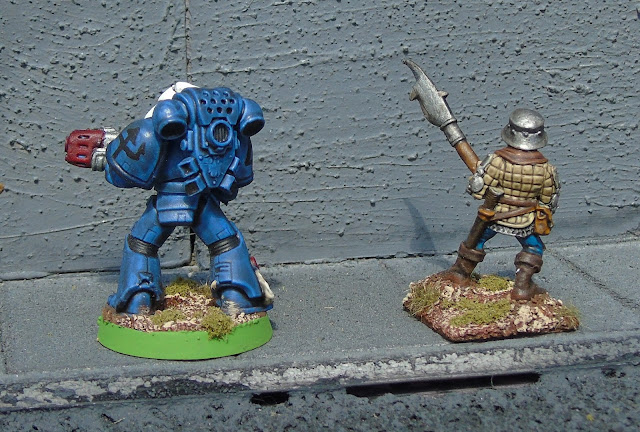 Till next time, when some of the terrain, Sarmatian cavalry, Burgundian crossbows, Bretonnian crewmen, tiny robots, blah, blah, might be done.

Love and Kisses,
Baconfat
Posted by Baconfat at 3:01 PM